You know, writing has changed over the years. Sometimes those changes are bad, sometimes they’re good. But the important thing is that it keeps changing. Because once (and if) it stops changing, once it stagnates over a long period, it would begin to die and no longer be a vital art form. And that’s something nobody should want. 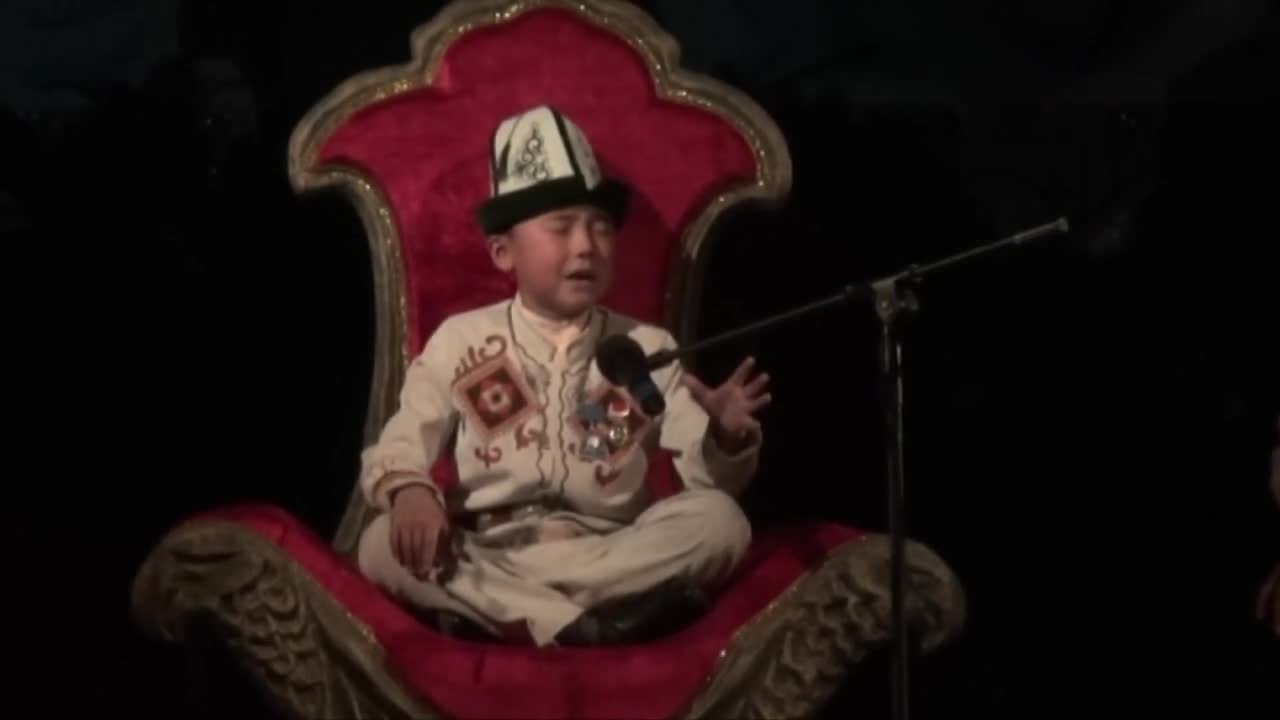 A long time ago, before writing existed, before the pyramids, people still had stories. (This is an assumption, but it’s pretty safe to say). And I believe there were “writers” back then, but they were called “storytellers” or maybe “poets” or “shamans.” They would transmit, orally, long stories from generation to generation. These stories would have beats (think “iambic pentameter“) or rhymes so that they could be more easily recalled. They would be told, I’m guessing, mostly at night before the fire, in caves, in tents, or primitive shelters to wile away long nights in a world where no other entertainment existed. As these poets’ minds and memories faded, they would pass onto their children (or promising talents in the tribe) these all-important myths. Think of the Kyrgyz Epic of Manas or the Homeric epics in the West.

We modern-day writers owe a lot to our pre-writing, oral forebears. They are the ones, after all, who first used language to create story, myth, and art. The storage method for these stories has evolved beyond brains to mediums like stone, papyrus, paper and digital readers. And that’s fine with me. As long as writers can still make a decent living wage from their hard work. (By the way, it’s clear we still have a long way to go to figure that out. But I’m confident in time, we will. But that’s not the point of this post…)

The point is, to keep storytelling going, it’s important that it evolves. Especially, that it spreads out and finds different mediums and storage technologies to exploit and colonize. That it meets the people where they are now. Because they’re not huddled in front of fires wearing furs anymore. They’re elsewhere and we (and the words) have to go out and find them.

So, in honor of that process, here are new modes of storytelling that I’m excited about.

This is the one that was most shocking to me, at first. Who would have thought that one of the most potentially vapid social media platforms could host great writing? A place more commonly used by celebrities to post vanity selfies. And it can be used for that, sure. But it can also be used for great storytelling.

Case in point: Humans of New York. I often struggle with short stories. How to cram character, setting, plot into one short piece. But the author of these posts crams all that into Instagram posts that are a tenth or twentieth the length of a short story. (The bastard!) And some of them are gripping, heartbreaking, triumphant pieces. I can’t recommend it enough. It’s especially useful if you’re a writer (ahem) trying to figure out how to write short, short pieces that carry a deep emotional impact.

I also recommend Cal Falcons. This is the real-time, emotional story of a peregrine falcon couple struggling to make it in a modern environment. As told through a Web Cam installed on the top of UC Berkeley’s campanile in California. Annie and Grinell’s story is full of struggle, heartbreak and triumph. Oddly gripping, highly recommended.

I could go on a long time about this, a long time. But I’ll try to be brief. There’s been a lot of complaints, at least here in the U.S., about the state of media, of newspapers, radio, etc. And there are problems. Real problems. We’re too siloed in what we listen to, too tribal. And the business model for most newspapers collapsed with the advent of the Internet. We have a lot to do to improve the incentives the Internet and social media have introduced because some of those incentives are perverse and tend to incentivize the absolute worst sort of behaviors and voices.

But what I do not agree with is the thought that journalism has reached the bottom, some sort of nadir. I disagree. I think just the opposite. I think journalism is better than ever. But that it has moved, migrated. It’s not on TV anymore or in your local paper. It’s on your headphones. It’s podcasting and if you somehow haven’t tuned in yet, please do! I guarantee you will find some mind-blowing content. I would say the quality of news I get now through this new medium is better than any news I have consumed in my lifetime. News isn’t dead, it just evolved.

Podcasts also have some great storytelling. Especially with many speculative fiction magazines offering entire stories on their podcasts. If you’re eager to explore, some of my recommendations are below. (For those wondering, I use Overcast, an app for the  iPhone, to organize my podcasts).

Foreign Policy’s First Person — A leading foreign affairs journal sits down with one person each week to talk, just talk. With great results.

LeVar Burton reads — I am recommending this again. It includes all short fiction, with a bent toward SciFi and fantasy. It’s so good.

After Zork, there was King’s Quest and all the Sierra games: Police Quest, Space Quest. Then, it turned to Myst and others. Even first-person shooters and strategy games combined story elements in their game play. In current times, we have the Witcher franchise which started as books, morphed into a video game, and is now a great TV series. It’s exciting to see how important great writing and storytelling have been to all these developments.

In fact, there’s a new adventure video game I have just started. It’s called Return of the Obra Dinn. It’s like a throwback to those 80s adventure games I grew up playing. It’s set in 1802. The ghost ship, Obra Dinn has drifted into port at Falmouth with damaged sails and no crew. As insurance investigator for the East India Company’s London Office, you’re dispatched to board the ship and prepare an assessment of damages. The mystery begins. Great storytelling that somehow moves forward while taking a quick glance back. Great stuff.

Here’s a really unique one. But one people have been edging around for some time: the concept of storytelling through a physical space.

What I mean by that is using a built environment to tell a story. Disneyland and other theme parks have been doing stuff like this for awhile. Their Halloween experiences (like Knott’s Scary Farm) actually come closer by creating an experience with a thread. But there’s not an explicit, consistent story throughout there.

But I saw something different on a trip to New Mexico for Christmas last year. We went to Meow Wolf in Santa Fe and I was blown away. Here was someone (actually, an entire creative community which I could write another post about) totally taking over and creating a space to tell a story. The story is called “The House of Eternal Return” and was launched with support from George R. R. Martin of Game of Thrones fame. It’s an immersive story with you as the protagonist. It’s like walking into an adventure video game where you (and your friends/family) are the lead characters. The premise is that there is a house on the Mendocino coast. The family occupying that house recently disappeared without a trace. The government has sealed off the area and it turns out the family was investigating some advanced trans-dimensional physics, genetic mutation, and space travel. You know, the normal stuff. The government is interested in covering up this situation and finding out what happened to them. So, it’s called you in to figure it all out. You walk into the “experience” in this warehouse in Santa Fe and there’s a facade of this Victorian house. You enter through the front door and the home looks normal…Until you start investigating.

Now, there’s a lot of graphic effects in that warehouse and art. But it all can serve (if you like) a consistent narrative thread. And there are videos and pamphlets extending that story throughout the experience. All in all, it’s an exciting new form of storytelling.

A final note: Meow Wolf itself calls what it does “interactive art.”

So, where does this leave us? With a lot of new, different ways to write. Whether it’s for games, immersive experiences, podcasts, or social media.

But it also might hint at the future. I’ll roll the dice here and say a lot of future storytelling will be a fusion of options 3 and 4 above: immersive video games. Games you can play in and through the real world. Pokemon Go was a simplistic attempt at this. But if you think a bit bigger you could see where this could go. What about an immersive video game, say a murder mystery, set in Prague’s old city? Or in an old mansion you and your friends rent out for the weekend? Or a strategic battle simulation actually set at Waterloo? Or a survivalist first-person shooter in a cordoned-off area of a swamp in Louisiana? Or the underground tunnels of Moscow? The possibilities are mind-boggling. And we’ve just barely scratched the surface!

But who knows? My only hope is that writers and other artists keep evolving. Keep finding new ways to tell their stories. This will create new opportunities for writers and new experiences for readers. And it will show that writing is as vibrant, as vital, and as needed as ever.

See you next time,

ADDITIONAL NOTE: There’s been a sort of delay with the publication of my latest story. There was a bit of a miscommunication about its release date on my end. It should publish this month and I will have all the news in my next blog post on March 1. Until then!