[This is the first in a continuing series: “What’s in My Bag?” where I describe my recent purchases at a bookstore.]

Good ideas were meant to be stolen. I’m stealing this idea from the legendary Amoeba’s record store in L.A. But instead of sharing what records/CDs I bought, I am going to share the books I bought at a bookstore during a road trip. So, here we go… 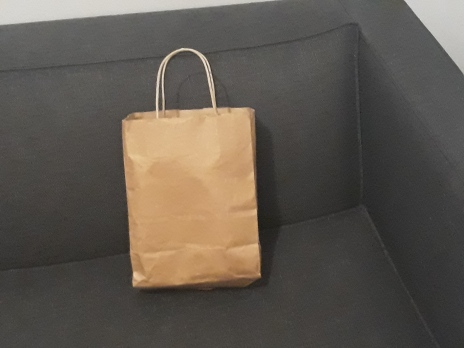 Where: Staunton, Virginia. Including Black Swan Books and other bookstores.

1. The Ivankiad by Vladimir Voinovich.

I’m a sucker for Russian Lit, but I have to admit it’s mostly of the 19th-century czarist-era variety. All of that Dostoyevsky, Tolstoy, Chekhov, Gogol, Pushkin stuff was hugely influential on me as a teen and it still affects my writing today. In many ways, I see the apex of global literature as those Russian writers of long ago. I mean, War and Peace? The Brothers Karamazov? Dead Souls? All published within about 30 years of one another in in the same country? Come on! It’s a record that’s hard to match.

I have to admit I’ve been much less into Soviet and post-Soviet Russian literature, but I do adore some of it: Akhmatova, Bulgakov, Babel, Tsvetaeva, to name a few. It’s the later part of the Soviet era that I’m not as familiar with. So, to remedy that I grabbed this off the shelf as soon as I saw it.

It’s the story of how Voinovich (or a fictional version of himself) is “installed” in his new apartment. It’s a play off of the Iliad, I think, to demonstrate the saga-like journey of scoring an apartment during Soviet times. Don’t know anything else about it, but it sounded good to me.

I’m admittedly not so good at reading contemporary stuff. I tend to like to read older stuff: classics of world literature…or classics of science fiction…or classics of fantasy. It’s weird, I know. And I realize that this is possibly holding back my writing style by making it a bit old-fashioned and dated (think: use of the word “presently”). So, I have realized I need to “change my diet” when it comes to reading fiction, so that I absorb more modern styles and techniques, if nothing else.

Basically, I have three reasons I chose this book. One, it’s new: published THIS YEAR, 2019. Also, I think I found Carr via Instagram, then listened to him on a podcast (the Jocko podcast) and he came across as badass and relatable at the same time, which is hard to do. Third, I have started to read J Y Yang‘s Tensorate books (they’re really good!) and I think Carr’s life, experiences and themes (as an ex-Navy SEAL) are about as different from Yang’s as they can be. So, that way I get modern stuff from two diametrically opposed angles. Another easy purchase.

3. The Quest for El Cid by Richard Fletcher.

So now, two books from an enduring fascination of mine: Spain. Honestly, these two are research, in part, for a group of stories I’m working on about medieval Spain (see The Number Thief in my “Works in Progress” section). 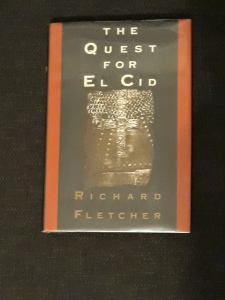 This first one is easy. A great historian of medieval Spain, Fletcher, looks at El Cid the much mythologized, murkily-historical Christian crusader/warlord/freebooter. What’s interesting about him is that he struck me as a mercenary willing to work for Christians and Muslim masters alike who was later co-opted into the Reconquista mythos. But would he have wanted that? I’m not sure.

I think this book might have some interesting answers. Or at least, hints.

4. Letters on the Sufi Path by ibn Abbad of Ronda. 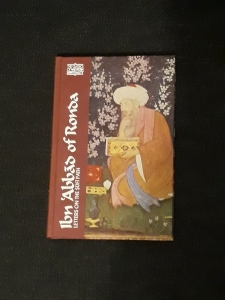 Well, I had to have a primary source (written by someone who was there) to compliment the secondary source above. These are the letters (epistles?) of ibn Abbad al-Rundi to his  fellow Sufis (Muslims mystics) giving them advice, encouragement, and sometimes a good scolding, as they strive along the path of spiritual perfection. I have read a good deal of Muslim philosophical writing from medieval Spain and Morocco (ibn Rushd, ibn Tufail, ibn Bajjah), but not much from the Sufi point of view. This is a bit later than those guys, but it fills that gap nicely.

It’s also simply a good read. And was translated by a Jesuit!

Another obsession here: New Orleans. Man, I love it! The food, the music, the history, the culture, the whole creepy atmosphere. It’s a prodigy of not just American, but global culture. And despite all the hurricanes, hardships and Palmetto bugs, it keeps on going. 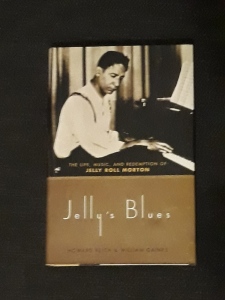 So, am I going to pick up a book about one of the Big Easy’s favorite sons? The man who claimed to have “invented jazz”!!!??? You bet I am. Picking up this book about the life and hard times of Jelly Roll Morton was an easy call. And that cover is bitchin’!

6. Torture through the Ages by Bernhardt J. Hurwood. 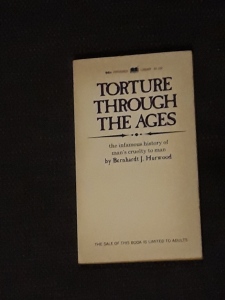 Here’s an uplifting subject…Anyway, I couldn’t resist. Especially, since this had an old-school horror/Vincent Price vibe. Besides, I have a serious pretext: this would be good research. It had sections on the Greeks/Romans, medieval Europe, and the modern period. So, whatever time I’m writing about, if torture ever comes up, I can use this book as a starting point to learn about what kind of torture was in vogue during that time. A great resource for writers.

Plus, it sounds like Bernhardt J. Hurwood was my kinda writer. Some crazy stuff there, wow!

So, that’s it. A short, quick look at the subjects I’m interested in and the books I’m reading. Next time, I will talk about where my writing went in 2019 and where it’s headed next year.