And now, back to the craft of writing fiction.

Did you ever think about how writing a novel (or any longer piece) is like climbing a mountain? I have.

I have long struggled with how much to plan out what I write. The whole old controversy between “Plotters” and “Pantsers”: those who have to “plot” out every scene and those who just jump in and go “by the seat of their pants.” 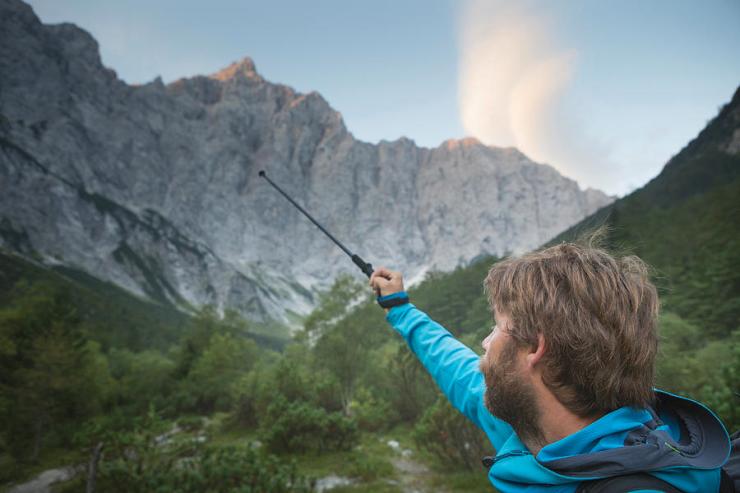 I quickly found out that I’m more of a Plotter. Especially, when it comes to shorter works. Short stories are so brief, so economical, that you don’t have time to figure out where you’re going through adding prose. You have to know where you’re going out of the gate. You can’t waste 1,000 words (or even 100) figuring that out. So, I started to plot, plot, plot.

I tried to “Pants” my way through a play. That didn’t work either so. So, it was plot, plot, plot.

Once, I got stuck in a novella. And my solution? Plot, plot, plot.

But in my longer works (like The Library of Lost Books), I came to see the limitations of plotting. Yeah, it works to have that great idea and lit it rip in a short story. But when it comes to a long piece, if you stick ruthlessly to the “plotter” method, you story can lose, well, a lot of life. A lot of vibrancy. You’re basically letting logic dictate to your characters, your plot, everything. And that can leave you with a lot of words at the end of the day, but a piece without verve, without spontaneity, without a soul. And y’all, that’s a bad thing.

But I also found ditching the plot completely could send you off on wild, fruitless tangents. So, becoming a total “pantser” for novels wasn’t going to work for me.

So what to do?

I gave it a lot of thought. Took some long walks. Tried this and that. And then the obvious solution struck me: A hybrid of plotter and pantser for writing novels.

So…let’s say writing a story is like climbing a hill. You go up in a few hours and you’re back down. But writing a novel…That’s like climbing a mountain. It’s an expedition. It’ll take several days and you don’t know what each day will bring. You have to combine ruthless preparation with optimal flexibility. And that’s tough to do.

But it works. To extend this metaphor, here are four ways writing a novel is like climbing a mountain.

You Start at the Base
This is where the preparation comes in. You should have, for sure, your three fundamentals locked down: setting, character, plot.

You should know your setting down pat. If it’s historical, hit up the library and devour all you can about that time and place. Become a student of it. If it’s science fiction or fantasy, build out that world. What’s it called? What’s its history? Its magical system? Its economy? It factions? Its religions? Its politics? Its environment? Geology? I could go on…

Then, characters. Grasp who the main character is FIRST, find their motivation. What, above all, propels them to action? Greed? Power? Enlightenment? Pleasure? Sheer laziness? Then, get down who the antagonist(s) are and the other minor characters.

Finally, plot. You should have down, not necessarily the plot points, the things that happen, but what I call the plot dynamo: that thing which propels all action. This might be the protagonist’s desire to live/escape death. Or their desire to see the world changed,  reformed or redeemed.

Done? OK, ready for the next step? We’re almost ready to write.

You Know You End at the Top
Before you start off. Look up. See that mountain peak? That’s where the story ends. The climax. That’s where you want to go. You can’t get their quickly or easily. But you can get there step by step, sentence by sentence.

Before you set off, it’s good to know at least two of those plot points: Where you start and where you end. How will you start your novel? And how will you end it? That is, at which point will the conflict between the protagonist and the antagonist become so violent that one will prevail and the other irrevocably fail?

Got it? The beginning? The intro of the character and conflict? And the end? The resolution?

Don’t Plan the Whole Route
Now, to climb up the mountain, to make it to the top, there will be many unknowns. Bad weather, horribly bad weather. Crevasses, sometimes hidden, up the face of the mountain. Perhaps injuries to you or losing your supplies. Despite all of these unforeseen things, you will have to forge ahead to the top.

Same with writing a novel. There will be scenes that don’t work, “sour” or weak dialogue. Even characters or entire scenes/chapters that won’t work.

So, don’t plot out every point. I like to put down the chapters when I plot a novel out with the basic things that will happen in those chapters. Then, I write them down on index cards so I can rearrange them as I like. Then, I put them into my word processing document where I can still keep rearranging them.

As I come to each chapter I usually do a more detailed plotting out of that chapter. Just like a mountaineer, I have a general route up a mountain mapped out, but I will change it the day of climbing (writing) in response to bad weather or changing conditions on the rock face itself.

I will do the same in writing and within these morphing chapters, I will crucially let the characters live and breathe. If one the page, a character surprises me by acting out or speaking out in a way I didn’t plan, I go with it. I sort of say: “OK, let’s see what you do here.” And I let that person lead me with their personality, their desires and personal flair. I think it’s more important to be true to your characters and where they want to drive the story than to follow in your mind some sterile, logical plan.

Plan your route bit by bit, writing-day-by-writing-day. That’s how you’ll get to the top.

Well, you’ll have to improvise. To borrow a phrase, “If there is not a way, I will make one.”

If a piece of dialogue doesn’t work, delete it. If a chapter isn’t making sense and is coming across as tinny, get rid of it. Go back and restart with a different approach. If something is coming across as hopelessly dull, you can slog through, but get there quickly. And when you come to edit, if it doesn’t work, junk the whole thing! Don’t kill your darlings, but do kill your dunces.

A lot of writing is preparation, detail. But a lot it is heart and instinct, too. And improvisation. When, I’ve been really stuck, what I have turned to has been heart, soul and instinct. And I truly feel that’s what you’ve got to go with, when you feel the prose on the page isn’t working.

So, that’s about it for this month. I hope this gives you lots to think about. If you have any thoughts about novel planning and writing, please leave a comment below.

And, MOST OF ALL, realize this is what works for ME. I know a number of Pantsers who are totally capable of throwing away plotting entirely. And I recall a comment that E.M. Forster said the only thing he needed to know before he sat down to write a novel was where it began and where it would end. Lucky bastard.

OK! See you next time! Until then, keep reading, keep writing!