Here’s a question: What’s the ultimate work of American (meaning U.S., for this exercise) art?

Leaves of Grass? Native Son? Or maybe Johnny B. Goode? Or American Gothic? 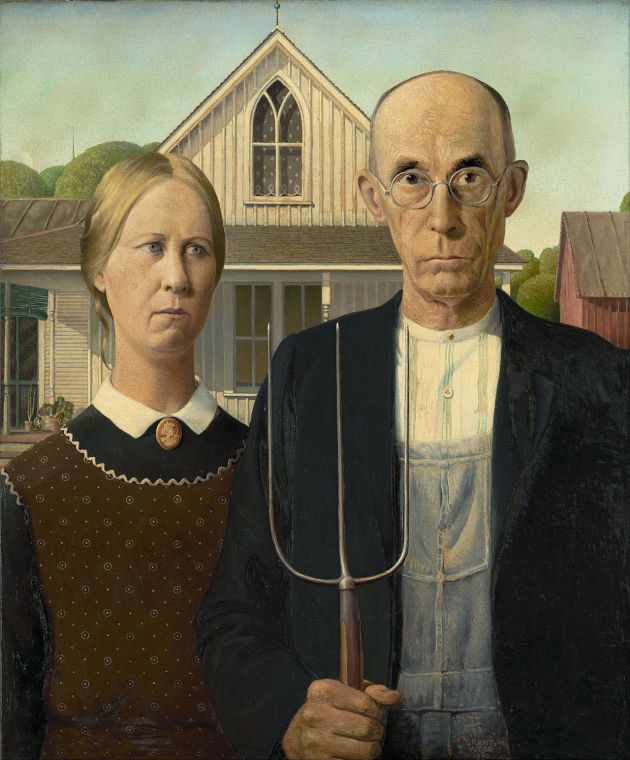 It’s hard to land on just one, isn’t it? But maybe the greatest work of American art isn’t  one of these. Maybe it’s something else? Something more prosaic and everyday? What about something…different.

What about a ’57 Cadillac? I mean the tail fins of that vehicle alone belong in a museum. But when you think it’s this work of art that also is a functional transportation vehicle, it’s almost overwhelming. It’s a wholly realized artwork that surrounds you and provides an experience as you move from point A to B. You’re probably listening to music from a radio as you cruise along experiencing nature, cityscapes and maybe an Interstate. But still, it’s a whole experience of freedom and expansiveness that reaches its peak in this unique vehicle.

Or what about Levi’s? Dress has always been an important part of culture. I think of the Ottoman Empire when I think of dress as a part of culture. All those unique court dresses denoting status, rank, ethnicity. I would have to imagine that all those lackeys of the Sublime Porte would know immediately–at one glance–where you came from, what your status was, and where you ranked based on your dress alone…But I digress. What about those Levi’s? That one piece of dress America gave the world? They’re tough (originally made out of wagon canvas), but incredibly comfortable. They’re also durable and don’t stain easily. And finally, they’re Unisex: they can be worn by men or women. Millions of people wear them every day, but hardly anyone sees them as an example of American culture. It’s this idea that we can all wear the same thing, we can all be equal, but give our little spin to it that makes Levi’s such a great icon.

Like Levi’s, it’s ubiquitous. But it’s not viewed as American. But more as an artifact of globalized culture. When’s the last time you heard about Venezuela or Russia or Iran talk about banning Coca-Cola? It’s almost laughable in a way. In a super quick search, North Korea and Cuba are the only places on the planet where you can’t order a Coke.

It’s also a compelling sensory experience. Not everyone can experience a ’57 Cadillac, but with a few Egyptian pounds or pesos or baht–you can be the owner of a Coke. And you can taste this cool, fizzy, sugary, caffeinated, refreshing drink. It’s almost the perfect drink on a hot day. And no matter where you’re from or who you are–you get the same, equal experience. 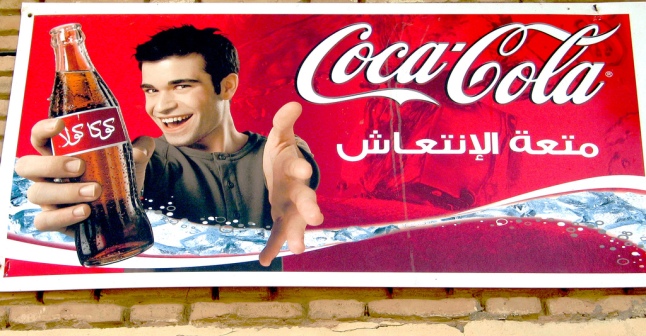 Now, this isn’t my original thought. In fact, it’s kinda stolen. From a guy named Andy Warhol. Here’s what he said about Coca-Cola:

“What’s great about this country is that America started the tradition where the richest consumers buy essentially the same things as the poorest. You can be watching TV and see Coca-Cola, and you know that the President drinks Coke, Liz Taylor drinks Coke, and just think, you can drink Coke, too. A Coke is a Coke and no amount of money can get you a better Coke than the one the bum on the corner is drinking. All the Cokes are the same and all the Cokes are good. Liz Taylor knows it, the President knows it, the bum knows it, and you know it.”

That quote blew me away when I first read it. That’s it. Coca-Cola is the ultimate piece of Pop Art. I love that “no amount of money can get you a better Coke.” Everyone gets the same Coke, there’s no luxury, curated Coke for the 1 percent. There’s no bargain-bin Coke for the Big Box retailer. We’re all equally having the same mass-consumerist experience without exception.

Now, there can be negative things about that. But I would say there can also be positive things. Creating a mass market object that everyone can access and enjoy can be great. Creating a piece of art that melds high and low culture so that both types of people get something out of it can be awesome! Isn’t that better than creating a pretentious, exclusive curated experience for the in-crowd? Or dumbing down something so completely in the pursuit of a fickle mass audience? Might it be better to craft something that everybody finds compelling, or at least useful? Of course, that can be very hard to do…

In any case, Coca-Cola–and Warhol’s interpretation of it–is something I keep front of mind when I write. I don’t want to be tempted into creating something so pretentious that only the Art House crowd gets it. Screw that. But I don’t want to dumb something down for some illusory mass market. First and foremost, I want to create what moves me. Period. End of story.  And I think that naturally as an outgrowth of that, if I follow my instinct, it will be something that appeals across all those dividing lines, those fake dividing lines we create between people. That it will appeal to all people, just like a Coke. I know that sounds crazy, but it’s one of those crazy American ideals I think we’ve drifted way too far from. Enough with the curated experiences and the bargain bin. Let’s get back to some mass market…yes…realness.

Something to think about, Everybody. Now, it’s time for me to get back to writing the prose. And maybe I’ll even have a Coke.

See you next time,