[This is part of a series on the art of writing fiction.]
It was only a matter of time before I tried it. Writing flash fiction, I mean. Me, the guy who always said he loved to “write long,” has just finished the first draft of his first flash fiction piece ever. 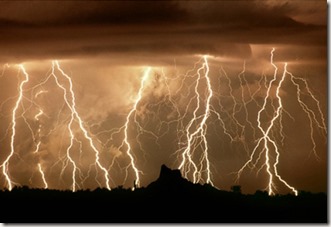 Not too bad, actually. I have had this idea of a scene rolling around my head for the last few months and I always thought it might be a good fit for a flash piece. So, I started searching Duotrope, my submission tracker and I saw the list explode when I put in criteria for flash fiction. Lots of journals are hungry for pieces under 1,000 words these days, ranging from top-notch paid markets to magazines just starting out that can’t afford to pay their writers.

So, I thought, what the hell, let’s do this. I banged out the story. About 1,500 words. Way too long to reach the 1,000-word count I needed. But I cut out the entire first section, knocking out 250 words immediately. I ruthlessly honed and whittled the rest and got it down to…980 words. I was really proud of myself for cutting it down that far.

So how did the process go? Not that bad. I write articles about 500-600 words in length for my day job. More importantly, my average fiction writing days used to be about 1,000 words per day. I had some idea how far I should write in my mind. But I also had the temptation to let it wind out, let the writing dogs roam. But I resisted it and ended up at 1,500 words. Then, I agonized over cutting that first section. I hesitated, I grimaced, but I cut it. And you know what? The work is better for it. Then, it simply became a search-and-destroy mission. Rooting out the unnecessary sentences, adjectives, adverbs and duplications and deleting them. In the end, I hit the word count after about four drafts.

The piece is with me now for a final proofread and I’ll submit it this week, starting with the pro journals, working my way down the Duotrope search to semi-pro and other markets as needed. For now, the piece is called “OBA.” I will let you know the full title soon and post on where it ends up.

Finally, a few words of advice. After I wrote the piece I started searching for how-tos online (I should have done that first, I guess). But the interesting thing was that what I found backed up everything I learned writing the piece. As editor-in-chief of Flash Fiction Online and blogger Suzanne Vincent said in an excellent post on the subject: discipline is of upmost importance:

…flash fiction is one of the hardest fiction forms to write.
Why?
One word: Economy.
And discipline.

Ain’t that the truth? But what does that mean, exactly? Economy? Well, Vincent goes on:

Economy: An economical writer (IMO the most enjoyable type of writer to read) doesn’t waste words, doesn’t repeat what’s already been said, chooses the ‘less is more’ path to revealing information to the reader.

That means not only being liberal with deleting words, but making sure your descriptions of character, setting, action are terse, even spare.

…The more complex a setting, the more description it will require. So, complex settings are not suitable for flash fiction.

So, keep those two (character and setting) simple, but don’t forgot your plot, your conflict.

What is conflict? In a nutshell, conflict is the impetus for action. It is the thing that causes your main character to want to do something to change what’s wrong with his world (resolution).

And keep that conflict simple.

Will it take much to resolve the conflict? It could, I suppose. But the simplicity of the setting and the characters combine with this simple conflict to hint to the reader that the resolution will be a fairly simple one as well.

That, in a nutshell, bears out what I learned in writing my first flash fiction piece. The only thing I think I could have greatly improved was the plot. There is a temptation to just present a scene without action or conflict. But that’s not the point of most fiction, readers want tension, conflict and resolution. Oh well. There’s always next time. I will count it as a rookie mistake.

Until then, I suggest you read Vincent’s full article and maybe give flash fiction a shot yourself. Good luck.