[SPOILER ALERT: This post contains plot details from Henry James’s The Turn of the Screw.]

As I delve into writing more short stories, I’m finding it tough going. I like to write long, let the dogs roam, give the prose time and space to branch out, go down every unexplored alley. Sticking to less than 7500 words is tough.

This year, I’m purposefully hunting down modern short stories to read. I read James’s The Turn of the Screw last year before I added that “modern” word to my reading requirements. What drew me to it was the rumored excellent plotting in the piece(apparently, Borges said this somewhere, but I haven’t been able to track down the quote). 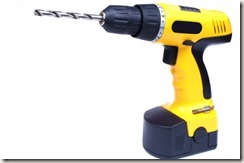 Anyway, I read the novella and despite the dated language, I really enjoyed it. There are many layers to the story, but I focused on the plot. James doesn’t use the metaphor, “turn of the screw,” in reference to plot, but you can feel with each chapter, he turns the screw just a little, he ratchets up the tension just so. The closest he gets to revealing this explicitly is at  the beginning of the novella where a character mentions the first appearance of the ghost in the book.

“I quite agree—in regard to Griffin’s ghost, or whatever it was—that its appearing first to the little boy, at so tender an age, adds a particular touch. But it’s not the first occurrence of its charming kind that I know to have involved a child. If the child gives the effect another turn of the screw, what do you say to TWO children—?”

He’s talking about introducing characters here, but it draws us in. What if not only one child saw the ghost, but two? Wouldn’t that make it more real? And with each chapter the governess responsible for the children witnesses clearer and clearer hints of the ghosts that visit the children. The screw turns slowly, bit by bit.

It was interesting to see how James does this, but I knew as I read it, that that approach wouldn’t work today. First, you’d have to have more direct language. Second, audiences today are so used to immediate gratification from movies, video games and flash fiction that the slow burn, the turning of the screw, just doesn’t seem to work. Don’t believe me? Just look at this trailer from an internationally successful Movie franchise.

Turn of the Screw? Not so much.

Now, I’m not one to cave easily. I don’t believe in dumbing down what I write just to appeal to contemporary tastes. But a part of me also has to acknowledge it’s not 1898 any more. People don’t wait for the next newspaper with a new chapter from Tolstoy, James or Twain in it. People consume a lot more than just books now—they have movies, TV, video games, social media. And all that new media has to affect what we do as writers. But it doesn’t mean throwing away the old things, it means adapting them to new realities.

And so it goes with Poe’s Unity of Effect, Chekhov’s Gun or Henry James’s Turn of the Screw…ahem…Henry James’s Turn of the Power Drill. These days, the turn of the screw simply isn’t enough to do the trick. Not with audiences raised on all these different types of media. You need to bring your power drill. And as I sit down to write this weekend, that’s something I’m going to use to keep the audience engaged and reading. Cause in the end, isn’t that what it’s all about?