First, I am doing much, much better in body and mind after last month’s scare. I don’t want to dwell on it, other than to say “I’m much better.”

Now, with that out of way, I want to dive back into life and the gathering autumn. For me this season has always been a time of rebirth and renewal, of turning to new and different things as we look forward to the promise of a new year. And what better way to celebrate than to get out there and enjoy the change of weather?

Virginia, in many ways, is my home state. I wasn’t born here and I haven’t lived here most of my life…But Virginia was the first home I knew when I was a baby…And it’s my home now. So, in many ways it is my home state. And I want to share a little something you Lit Nerds out there might like, my suggestions for an autumn tour of the haunts of Virginia’s greatest writer: Edgar Allan Poe. 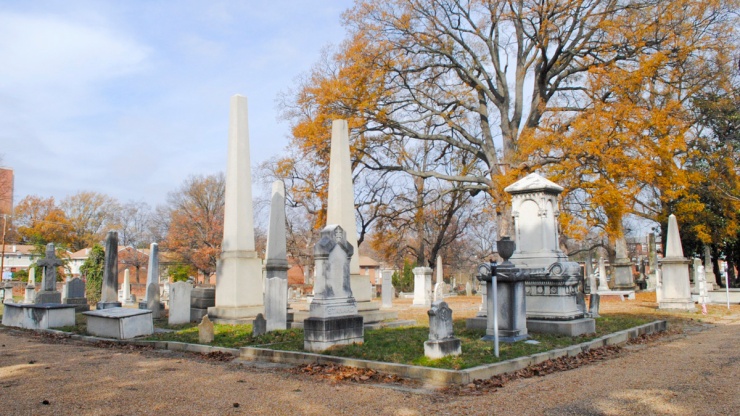 Poe traveled restlessly throughout his life. So, you can find many more sites connected with him on the East coast: Baltimore, Philly, New York and even Boston (“a city he loved to hate”) have sites connected to him. But here, I’m going to focus on his haunts in Virginia (with one big exception) that he went to or was connected with. Here’s the list:

White Sulphur Springs (now West Virginia). John Allan (Poe’s adoptive father) took the family to this resort in the hills of Virginia when he was a child, probably in part to “take the waters.” It now houses the Greenbrier resort which is expensive, but you can usually walk through for free, if you’re decently dressed.

Richmond I (The Poe Museum): More than any other place, Richmond is associated with Poe and it’s a pretty cool town. So, it’s well worth a visit. You should probably start at the Poe Museum or (even better!) end the day there at the Unhappy Hour. And this article is a great overview of Poe in Richmond to get you oriented.

Richmond II (St. John’s and Shockoe Hill Cemetery): Poe often visited this cemetery on Shockhoe Hill. It was where his adoptive mother Fanny and friend Jane Standard are buried. His adoptive father, John Allan is also buried here. It’s a very evocative, Gothic sort of place. The attached church is also worth a visit if it’s open.

Richmond III (Moldavia): Sadly, Poe’s adoptive parents’ estate of Moldavia no longer stands, but you can read about it here. But Poe only lived there a short time.

Charlottesville’s University of Virginia: Poe spent less than a year here, but the famous Rotunda was already in place. Plus, I recall them including the room where he boarded in the tour of the university. You can find more about a tour here.

A Don’t Forget the Cider!: Once upon a time, cider was America’s most popular alcoholic drink. But tastes changed after the Civil War and it went into a long decline. Now, it’s experiencing a big comeback. And it should, it’s damn tasty! And versatile!…Anyway…

We know Poe drank cider, he said so himself. You can stop in for a drink at Albemarle Ciderworks (which I love) or you can check out the many other cideries across the state.

Hop up to Baltimore for “Poe-tober”: Did you know the Baltimore Ravens are the only professional sports team named after a poem? It’s true. I have to say, I send tons of respect to our friends up north in Maryland, they have probably the most significant Poe sites and are doing a lot to keep his memory alive.

Baltimore also has its own Poe Museum, his burial place and many other places connected to the man. The city, God bless it, also hosts “Poe-tober” and the Poe Toaster in which a “mysterious stranger” visits the writer’s grave every year on the anniversary of his birth…

If you rent a car, you could cover all these sights in about a week or so, they’re pretty close to one another. And you could mix it with more hiking or a visit to the beach. All in all, not a bad literary adventure.

Finally, there are two perfect books to accompany this tour through your Gothic misty autumn. I took the first one to accompany me on a drive through Virginia this month and used it to compile the list above:

Edgar A. Poe: Mournful and Never-Ending Remembrance by Kenneth Silverman. This is one of the best literary biographies I’ve ever read. And Silverman pulls no punches, he gives you the man and the genius, warts and all.

The Annotated Poe by Kevin Hayes. When I chanced upon this is a small bookstore in Belfast, Maine, I just had to have it! I had always been looking for something like this: a book that explained all Poe’s obscure references. And this is it. It’s also a beautiful bookish object, great to hold in your hands. Highly recommended.

That’s all for this week. Enjoy the trip! And I’ll see you here next time.