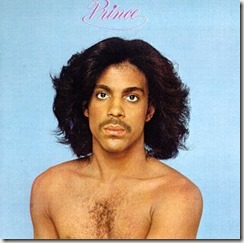 Here we are two weeks later and I feel like I could be blogging again about the passing of another music legend. Sigh. Big Sigh. Losing Prince sucks. Just as much as losing Merle Haggard or David Bowie…But I don’t want to make this blog too much of a downer. And there are others who are bigger fans and far better placed to do a proper homage to the Purple One. And also, these guys wrote songs about “this thing called life.” And we, the living, have to continue, must continue…To live, to love and to write—great music or great stories as suits our personalities.

So, reflecting on that, and more importantly, acting on it…Here’s a little good news: one of my stories was accepted by a magazine. That’s right, “Barabanchik” has found a home. I don’t want to get into the details, but suffice to say, the editors wrote back and are excited about including it in their next issue. I will share more as things solidify, but I wanted  to get this good news out there. Barabanchik means “drummer” or “little drummer” in Russian and it’s perfect name for the character in the story. I’m glad he’ll finally walk out of Kazansky Station and onto the pages of a magazine. Can’t wait to see him there.

And while we’re at it, here’s an update on other stuff I’m working on:

Pacha-Mama
This long short story/novelette came darn, darn close to being published by a magazine. It made it into the final round of consideration, but in the end it didn’t make the cut. This weekend, I’m going to proof it one more time and send it off to magazines again. I love the Pacha-Mama character as much as I love Barabanchik.

The Sludge Ship Chronicles
This play…Man, it’s so close to being done. I have to sit down with a hard copy of it again this weekend, mark it up. Then, input the changes and it should be essentially done. All that will remain is a good proofreading and marketing the piece.

In fact, I have decided upon what I’ll call the “apex market” for the piece: the most selective market out there that I still think it’s got a shot at. It’s a local theater known for putting on eclectic, modern plays. And they accept submissions from local playwrights, which is rare. But it won’t be easy. I have a feeling they are very, very selective. A perfect apex market to start with and see what happens.

So You Found Me
Was waiting in the airport one day and this idea just hit me. Or should I say an idea that had hit me a long time ago finally and suddenly coalesced, popping out of my subconscious into my conscious. So, I wrote it out right there on my officially-licensed work computer. Smuggled the piece out later and have been polishing it since. It’s a short-short piece, a piece of flash fiction at under 1,000 words. Never written anything that short before.

Will be editing this further and see what I want to do with it.

A Little on Prince
Didn’t think I was going to completely short change you, did you? This is a speech Prince gave upon being inducted into the Rock and Roll Hall of Fame. He talks about two of the most important things for artists: freedom and friendship. I especially love these lines:

Without real spiritual mentoring, too much freedom can lead to the soul’s decay. And a word to the young artists … a real friend or mentor is not on your table. A real friend and mentor cares for your soul as much as they do the other one.

But really, you should check out his music. As much of it as you can.