It’s funny the illusions I once had about being a writer and how they’re all fading away.

I used to think writers once lived in a special place, away and apart from the public. But if you’re not Emily Dickinson or Kafka, but a writer who decides you’re actually going to share your stuff while you’re still alive, nothing could be further from the truth.

As such a writer, eventually, you have to face the fact that your writing will connect with some people, but leave others cold. You’re going to take pride in the former and have to steel yourself to face the criticism from the latter. Then you’re going to have to keep on writing.

And that’s how we get to today’s subject: rejection. Robert Heinlein had 5 Rules for Writing. They’re different than what I would have picked, but still, they’re kind of brilliant.  Here’s a grossly oversimplified version:

2. You must finish. (Finish your first draft.)

3. You must refrain from over-editing it (except to editors’ orders).

4. You must submit your work.

5. You must continue to submit, until it is accepted. 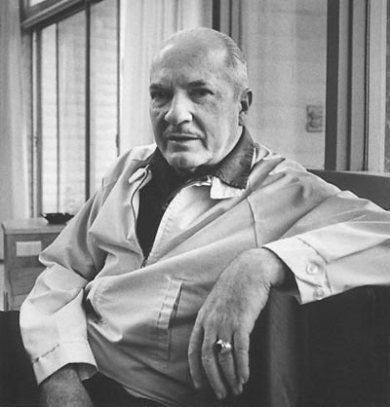 On this scale, I guess I’m about 4/5 a writer. True, I have self-published, so you could say I’ve reached stage 5. But in reality, the furthest I’ve gotten a work is to stage 4. It might not sound like much, but it was a huge step for me. Finishing a first draft of a work, any work is a huge step for a new writer. Polishing the work until it’s the best it can be is the next big step, a sign of commitment to your piece and your craft. Sharing it with friends is the next step and can be quite difficult when you’re starting out—what will they say about your creation? What if, after all that work, it isn’t any good. And then comes that final stage where you have to send it to a non-friend, a magazine or publisher and learn the awful truth. Whether or not you’re a writer after all.

A certain part of you doesn’t care what they think. You think “It’s good, so to hell with them!” But within every writer lurks a subsection of the soul that wants recognition, plaudits, glory. Whether it’s from friends, fans, editors, publishers or the Nobel committee. And I’m no different.

So what’s my track record so far? 2 submittals, 2 rejections. Impressive, eh? I submitted a sci-fi story to two magazines. The first rejection, though expected, was the hardest. It’s like jumping into a cold lake the first time. It’s shocking and sudden. But the more time passed, the better I felt about it. After all, it was a personal rejection from the editor-in-chief. The second rejection didn’t hurt nearly as bad. I guess I had become acclimated to the submission/rejection game. And again I saw that the story had bounced around to at least three people at the magazine before a top editor sent me a rejection email.

During this time, I had given a good friend the story to read and critique. He didn’t care for the first 8 pages and felt the narrator was not involved enough in the action of the story. I considered tweaking it, but decided to leave it unchanged and send it along. I made that decision and had the story off within two days. I didn’t give myself enough time to let doubt creep back in.

And now it’s going through the same process it has gone through before. I could be wrong, but the internal bounces at the mags are giving me hope. I’ll be interested to see where the story ends up.

So, another one of my cherished misconceptions about writing has bit the dust. For a time, we may be loners scribbling in garrets. But if you’re persistent, one day the story ends, you write your last line and you have to leave your garret. The world may not like your story, but at least you had the guts to see it through. And in the end isn’t that what writing is all about?